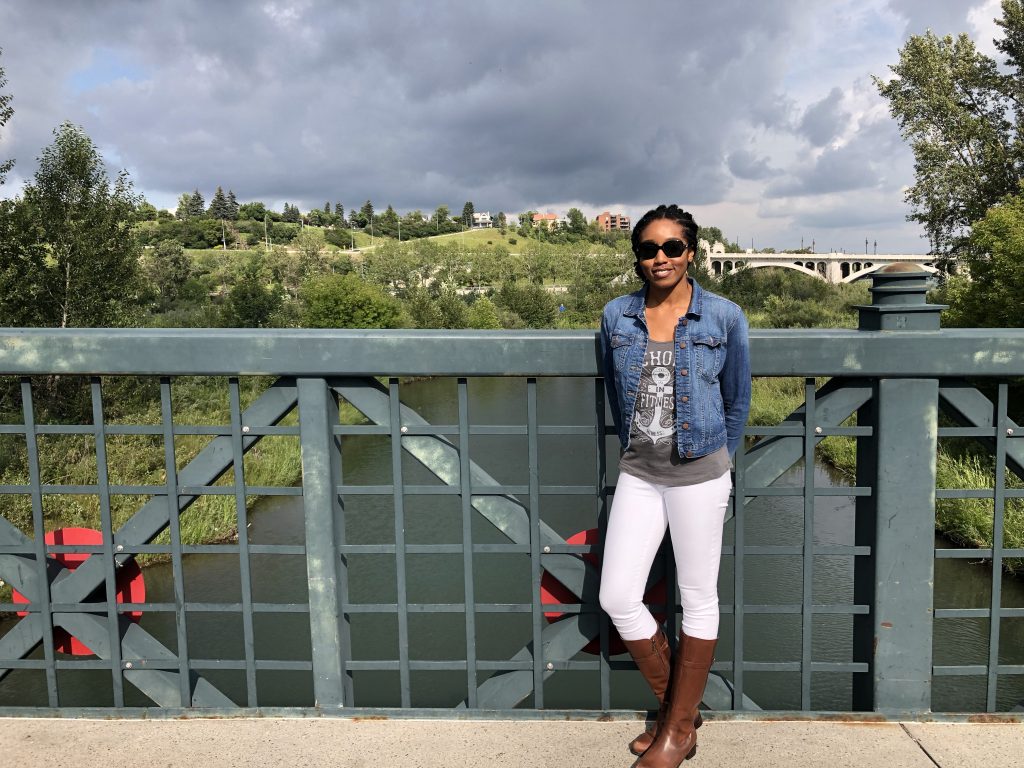 I help purpose-driven 30-somethings design a life they were always meant to live. 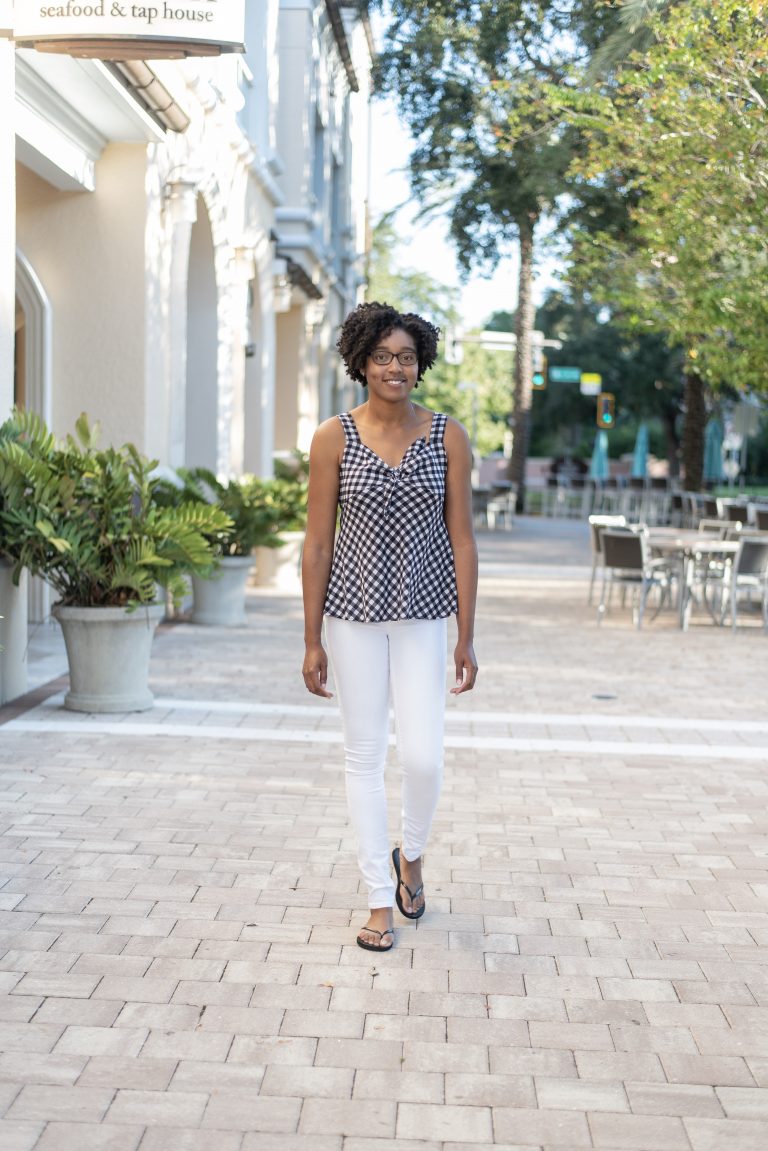 It is my passion to work with older millennials just like you to step into a life of authenticity, discover your true purpose and reason for being, and live that life on your terms.

As a first-generation Nigerian American who moved across the United States on my own, a businesswoman, and personal development addict, I’ve learned that the key to a life of purpose that you’ve designed and live on your terms is you.

I know what you’re thinking because I went through the same thing. I blamed everything and everyone around me. I never had enough time or money to do what I wanted.

The common denominator in all of it, however, was always me.

“Happiness has to do with your mindset, not with outside circumstance.”

I was motivated to become a coach after I felt like my career in Human Resources and Operations Management was hitting a dead end. I was feeling undervalued and even excluded in some circumstances because I was being treated differently than others and didn’t feel like an equal.

An unspoken truth is that black women have a steep, uphill climb when it comes to being a corporate leader. According to a 2018 survey from Women in The Workplace, women of color are not only significantly underrepresented, they are far less likely to be promoted to manager, more likely to face everyday discrimination and less likely to receive support from their managers in comparison to others.

I worked and sat idly as raises were thrown around to others indiscriminately, yet when my time came, I was given a list of brand new performance issues to work on so that I’d be eligible for a still-lower salary than people I was far more experienced than. At varying times in my career, I faced exclusion, retaliation, and sexual harassment. After multiple burns from the corporate iron and said enough is enough.

I wasn’t happy at either one of my jobs, and, on top of that, I was in a shallow relationship that was going nowhere besides way beyond its expiration date and hardly had time to visit my family in faraway California.

My problem was that I was expecting my job, boyfriend, and external surroundings to make me happy, and when it didn’t, which was quite often, I was frustrated, depressed, and felt stuck.

I made a radical mindset shift and took control of my life and career. I took risks, showed up every day, and committed to giving myself and my endeavors 110%, the same way I gave my former bosses 110%, in hopes of me flourishing on this new journey.

And flourish I did.

“If you ever find yourself in the wrong story, leave.” 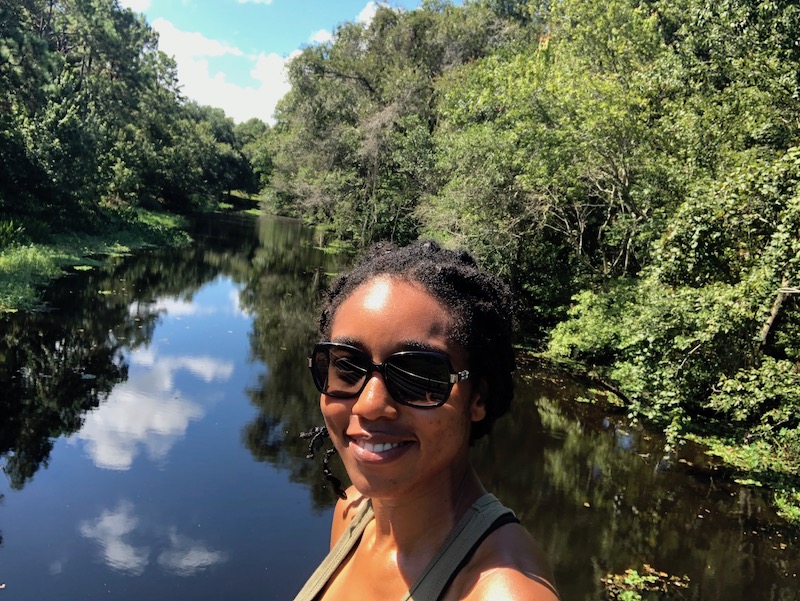 From Corporate Burnout to Purposeful Living... My Way

In spite of my story, I had several positive experiences and teaching moments that equipped me to be able to build and manage a successful business on my own. In my career, introduced coaching for employees and trainings to improve performance and morale and develop future leaders. I developed my interpersonal skills, which I consider to be some of my strong suits, and am glad that I get to maximize my knowledge, experience, and talents doing something I love; helping people.

Some of my strategies, such as assessing your strengths and current situation, creating SMART goals and design plans, and self-care practices, I was able to use on myself. For others, especially when it came to laying the foundation of my business, I had an awesome coaching program I was in that held me accountable and helped me shortcut my way to my dream life.

I’d always wanted to be an entrepreneur and ran a home bakery during college to pay for tuition and books. I had changed majors multiple times, held different jobs and volunteer positions, numerous side hustles in my 20’s but none of them stuck or truly spoke to me. I wanted to do something that I could enjoy but didn’t know what it was I wanted to do or how to even start. Sound familiar?

With some serious soul-searching, personal development, blogs, books, articles, coffee chats with friends, self-reflection, phone calls to my mom, taking big risks, and learning from my mistakes, I crafted the life I’ve always wanted in my time, on my terms, my way.

My mission is to support millennials to be creative, think outside the box, and put to reality a life where they wake up every morning motivated to grab life by the horns and be their best selves.

Ability to design and live life as desired and be free in your purpose.

Living a full life of joy and maintaining a healthy mind, body, and soul.

Enjoy life, make the most of it, and share the same sentiment with my clients.

Living in truth and ensuring that actions align with beliefs and values.

Commitment to clients and ensuring results and a positive experience.

I'm living my life by design, and my purpose is to help you create an epic design of your own.

Gone are the days where you have to sit at a soul-sucking job or live a mediocre life as you watch your best years pass you by. It’s 2019 and you have all the tools and resources you need to live the life of your dreams. So, why not make those dreams a reality?

your life by design awaits you

The life you’ve always wanted starts with the vision you decide to make a reality. The sky is your limit, so whatever you design, make sure it’s epic.

I'm living my life by design, and my purpose is to help you create an epic design of your own.

Gone are the days where you have to sit at a soul-sucking job or live a mediocre life as you watch your best years pass you by. It’s 2019 and you have all the tools and resources you need to live the life of your dreams. So, why not make those dreams a reality?

your life by design awaits you

The life you’ve always wanted starts with the vision you decide to make a reality. The sky is your limit, so whatever you design, make sure it’s epic. 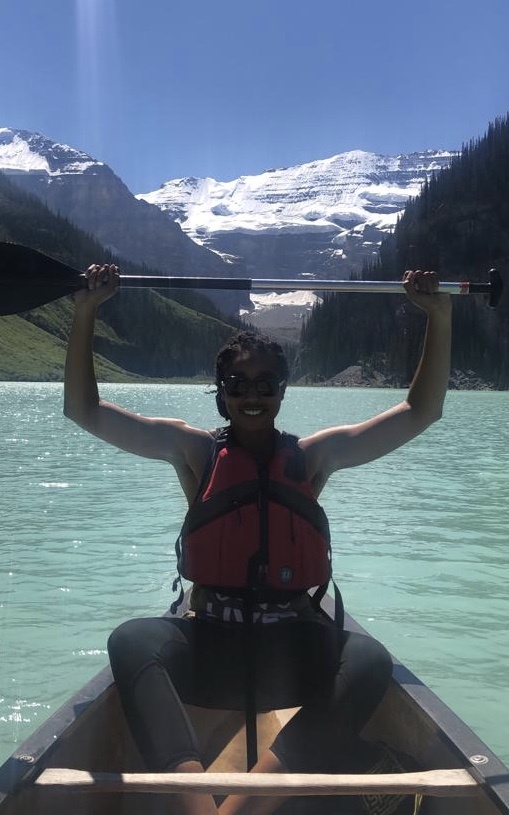 Design the life you were always meant to live.