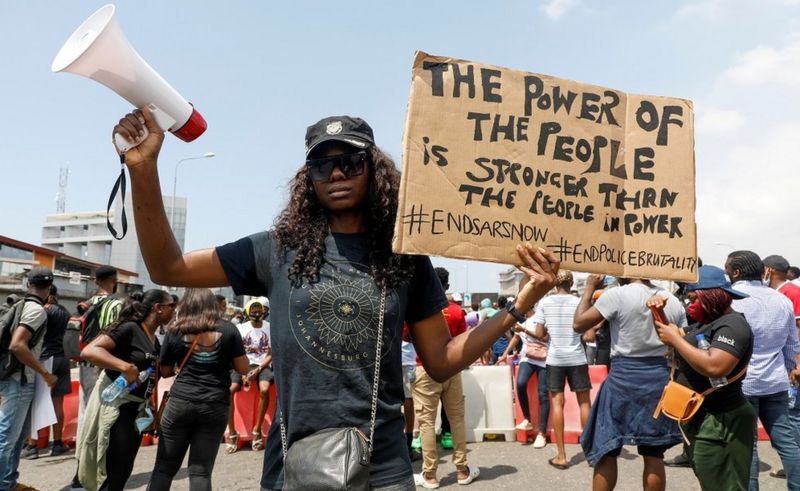 Support the #EndSARS protests in Nigeria

DISCLOSURE: THIS POST MAY CONTAIN AFFILIATE LINKS, MEANING I RECEIVE A COMMISSION FOR PURCHASES MADE THROUGH THESE LINKS AT NO ADDITIONAL COST TO YOU. PLEASE READ MY DISCLOSURE FOR MORE INFO.

More people are looking for ways to support #EndSARS protests however they can from wherever they are thanks to a growing grassroots movement on social media.

As a Nigerian-American, it has always been particularly difficult to grapple with political ineptitude, corruption, and police brutality on both sides. I have my share of stories of police intimidation and driving while black here in the United States. But I also have negatives experiences with police in Nigeria.

The most notable event was in January 2014 when I last visited. Friends and I were on our way to go shopping in Ikeja when the police approached our car. Not only were we stopped by the police for no reason, but the cop also pulled my friend out of the driver’s seat, forcing him to the back. The officer then drove us to the police station and detained us for no reason he could explain, threatening to deal with us and slash all four of the tires and leave us in jail. It took $80 USD, or N30,000 to get back the keys and be free. When I say it took $80, I mean I opened my wallet and brought out cash until he was satisfied. $80 was what I had on me that day.

I remember going back to my grandmother’s house, aware of the incident we were just victim to and equally, if not more aware, of how badly things could have gone, especially if I didn’t have the privilege of a blue passport or American accent. Police brutality and intimidation, at times at the explicit direction of the Nigerian government, are old issues, unfortunately. But similar to the brazenness of ex-officer Derek Chauvin’s on-camera lynching of George Floyd, perhaps a video of two young men getting executed by police was too much for Nigeria as well.

Why are people protesting?

The #EndSARS protest isn’t new and has been gaining traction since 2017, along with the #StopRobbingUs protest (in response to police intimidation against those in the technology sector). While police brutality is an old issue with crimes including robbery, beating, kidnapping, and even rape and murder, the lack of accountability and justice as young Nigerians are routinely harassed and slaughtered is too much.

It was around this time last year that Idorenyin Obong, a contract Android Engineer at Paystack, was on his way home when he and his Uber drive were stopped by a unit of Special Anti-Robbery Squad (SARS) policemen for no apparent reason. After discovering an iPhone and MacBook on him, the police deemed Obong a fraudster and held him at ransom of N800,000 ($2,102.50 USD). He reached a bargain with them of N100,000

Social media activists are frequently called “keyboard warriors”, but it’s their consistent action on platforms like Twitter that have sustained the #EndSARS movement all these years and taken it to an international level with everyday citizens sharing their encounters with SARS.

On October 3, 2020, a horrific video [discretion advised] of officers from Nigeria’s Special Anti-Robbery Squad (SARS) dragging two men from a hotel compound, executing one of them point-blank in the streets, went viral on social media. It proved to be a tipping point. This tweet by Twitter user @Chinyelugo was also a catalyst for the current wave of protests:

SARS just shot a young boy dead at Ughelli, Delta state as we speak. In front of Wetland hotels. They left him for dead on the road side and drove away with the deceased Lexus jeep.

What has followed in subsequent days and just after Nigeria’s 60th year since independence from the British are the largest protests seen in Africa’s most populous country since the Occupy Nigeria protests in 2012 in response to fuel hikes with notable figures leading their voices and platforms to the cause.

Watching this movement closely. All Black Americans and our “allies” should be outraged and in action mode! #endsars

To non-Nigerians in the US- we need your solidarity. Just as we rose up for #GeorgeFloyd, we are rising against years of police brutality & corruption that were born in colonialism & slavery. The fight to #EndSARS is ultimately a fight to create a dignified Black/ African nation

Nigerians and allies are protesting for the SARS regime and police brutality as a whole to come to an end. President Muhammad Buhari called for the dismemberment of SARS but it’s not enough, and Nigerians have been told that line before, only for SARS to be back and worse than ever.

While Nigeria badly needs police reform, it is just one issue on a very long list of matters that need attention in the country. As Nigerian citizens and youth protest peacefully, they are met with violence and death. On Tuesday, government soldiers opened fire at peaceful protesters in Lagos, killing several. If there is to be an end to protests and violence, like the United States, it doesn’t seem like it will be any time soon.

Protests are heaviest in Nigeria, but there are ways to do your part and make your stance known from wherever you are. Here are ways to support the #EndSARS protests and grassroots movements currently unfolding in Nigeria.

How you can support the #EndSARS protests no matter where you are.

A quick way to support protestors and those on the ground is by donating funds. Feminist Coalition is a group of young Nigerian feminists recently formed to champion equality for women in Nigerian society with a focus on education, financial freedom, and representation in public office. The group has spearheaded crowdfunding efforts and has already raised almost N75 million($197,109). Click here to donate; please note that donations are currently accepted via Bitcoin only.

Signing petitions online and sharing them with friends and family is a great way to show solidarity with #EndSARS and the Nigerian people and help spread the word, especially if you’re unable to give other resources like time or money. There are a number of petitions Nigerians in the diaspora and allies can sign to bring attention to the issues and atrocities back home with the biggest one on Change.org amassing over 200,000 signatures.

Here are some you can sign right now to lend your voice to the #EndSARS movement:

Change.org – Petition for President Buhari to be charged before the ICC for crimes against humanity.

Change.org – Arrest Nigerian IG of police for crimes against humanity

Online or social media activism is not only a legitimate thing these days, it’s highly effective in applying pressure on notable figures including politicians. Twitter is THE place to be in terms of breaking news and trending stories, but Facebook, Instagram, and even LinkedIn are great platforms for political activism and advocacy as well. Be sure to use the hashtags “#EndSARS”, “#SARSMustEnd”, and “#ReformPoliceNG” in all your related posts and encourage your followers to get informed and share too.

Join protests in your city.

Like #BlackLivesMatter protests over the spring and summer, #EndSARS protests have gone international. Big cities like London, Dallas, Oakland, Toronto, and Washington D.C., have lent their support to #EndSARS on a massive scale and look poised to continue to do so. Use social media to search for any protests that may be happening in your city or nearby. Don’t see any? Start a protest of your own and get friends, family, and your local community to join and support you.

We are in the era of misinformation and Nigeria is no different. You will find your fair share of distortions around the #EndSARS movement with it oftentimes coming from the government in those in uniform themselves. The situations in Lagos, Abuja, Asaba, Enugu, and other cities are changing rapidly. Stay up to date on the latest news so that you know what’s happening.

Here’s a great explainer video from Funmi Oyatogun@funmioyatogun that summarizes the history of the SARS unit and why people are protesting.

You might think that because you are in the United States (or elsewhere for that matter), that your government officials aren’t concerned about what’s transpiring overseas. Wrong. If it’s a concern to you, then it’s a concern of theirs. We are their constituents after all.

Contact your local representatives, mayor, lieutenant governor, etc., and let your thoughts known on what is happening to everyday citizens in Nigeria. USA.gov can help you find contact information for your local officials, and Nigeria has embassies in Atlanta, New York, and Washington, DC. Make your frustrations known and request travel restrictions on Nigerian officials until the situation changes. With enough action, it will be incumbent upon them to make a statement in regard to the matter.

What is CBD? Everything you need to know 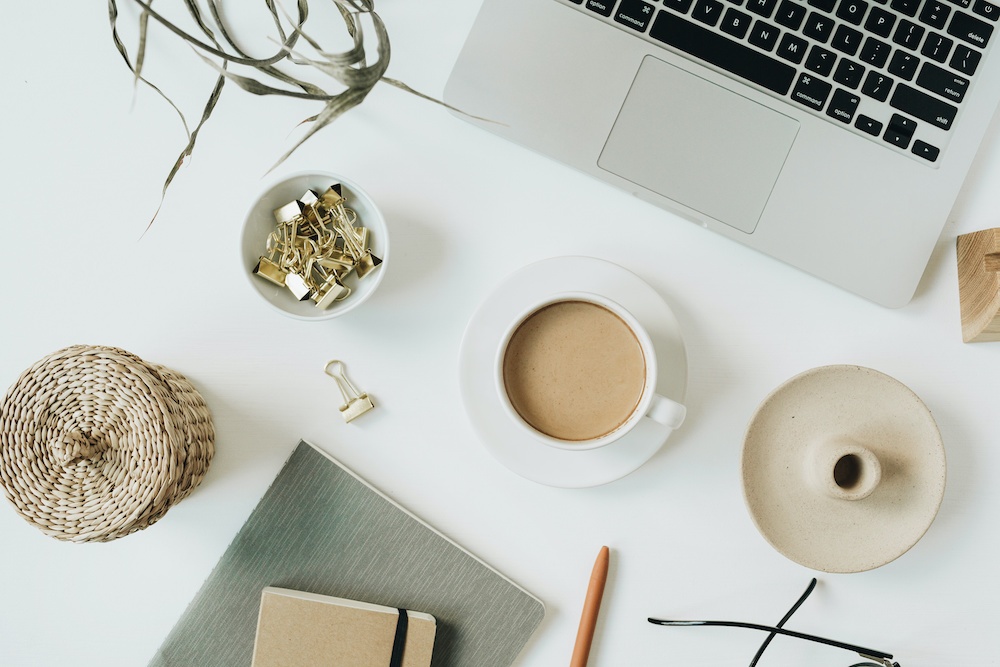 I’m a multi-passionate blogger helping others thrive, reach their potential, and figure out how “to life”. On the blog, you’ll find topics on self-love, career tips, travel guides, and more, inspiring you to design a happy, well-lived life on your own timeline.

Merry Christmas and happy holidays everyone!

Many of us are feeling helpless as we watch our br

Excited because: 1. Starting a new role as a cop

Every big goal starts with a bunch of little steps

As an Amazon Associate, I may earn commissions from qualifying purchases from Amazon.com. You can learn more about my affiliate policy here.

We use cookies to customize content and ensure that we give you the best experience possible. If you continue to use this site, we'll assume that you're happy with it.
Do not sell my personal information.
Cookie settingsOk
Manage consent

This website uses cookies to improve your experience while you navigate through the website. Out of these, the cookies that are categorized as necessary are stored on your browser as they are essential for the working of basic functionalities of the website. We also use third-party cookies that help us analyze and understand how you use this website. These cookies will be stored in your browser only with your consent. You also have the option to opt-out of these cookies. But opting out of some of these cookies may affect your browsing experience.
Necessary Always Enabled

Any cookies that may not be particularly necessary for the website to function and is used specifically to collect user personal data via analytics, ads, other embedded contents are termed as non-necessary cookies. It is mandatory to procure user consent prior to running these cookies on your website.